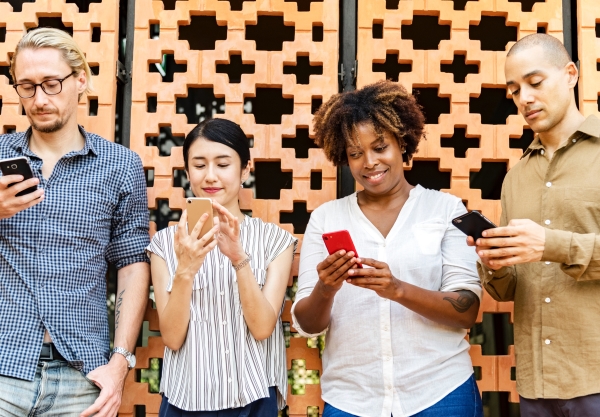 It’s not hard to think back even a few years and remember the staggering pace of innovation in the world of smartphones. Year after year we were treated to a whole host of new features – cameras on phones quickly improved from just a bit of fun, to devices that allow even complete novices to take seriously good photos. We also saw the rise of apps and the app store, waterproofing, fast charging and fingerprint scanning to name but a few of the innovations we’ve seen over the last decade.

Unsurprisingly, impressive innovations such as the above have helped to drive an unbelievable amount of sales within the industry, but if you look at data over the last year or two, quite a few of the big manufacturers are reporting growth that has slowed significantly or even sales growth that has stalled altogether. In my eyes it’s not hard to see why.

Take a look Apple and Samsung for example – two of the biggest smartphone brands in the world. Apple has just released a trio of new phones – the XS, XS Max and XR, while Samsung this year has released the S9 and S9+, along with the recent Galaxy Note 9. The problem for both of these companies is that they’re struggling to give consumers a really compelling reason to upgrade.

For example, say you’ve already bought last year’s (well received) iPhone X, and assuming you’re not stuck in a two or even three year contract that you don’t fancy paying off, what reason has Apple given you to fork out £999 (and up) for this year’s latest and greatest? Well, let’s see – the processor is slightly better, the camera is slightly better, and the water resistance is slightly better. The key word here in case you haven’t noticed already is “slightly”. The thing is, all of these things were still brilliant on last year’s iPhone X – when it comes to processing power for example, all but the most demanding users are unlikely to push even last year’s model anywhere near its limits.

The same is true for Samsung, who this year reported slower than expected sales for the Galaxy S9 and I can’t say I’m surprised. Sure, the S9 is beautifully constructed device, but put it side by side with last year’s S8 and to be honest, it would take a real tech enthusiast to spot the difference. Sure it was an “S” year for Apple, and Samsung were improving on an already very good phone – if it ain’t broke don’t fix it and all that – but surely you can see my point, why would consumers continue to fork out obscene amounts of cash each year for incremental upgrades?

This all leads to one big question – is smartphone innovation dead? The latest trends are driving all manufacturers to deliver devices that are thinner than ever, with bezels that are ever shrinking, but is this what consumers really want, or is it simply what the smartphone industry thinks we all want? Where for example is the promised revolution in battery life? Yes, it has been improving a little bit in the last couple of generations, but where are the giant leaps (week long battery life anyone?) that it feels like we’ve been promised are coming. Battery life continues to be one of the most complained about smartphone problems, so surely some innovations here – or even just much larger batteries – would be more welcome by most consumers rather than smaller bezels?

Samsung have also reportedly been working on folding phones for some time now – think of a smartphone that you could open into a larger tablet style screen when needed – but we’re still yet to see the fruits of their labour. Maybe innovations such as this could be the next big thing we’re all looking for, and until then we’ll have to put up with all these incremental updates that only really appease those who absolutely must have the latest and greatest.

What do you think? Is smartphone innovation dead, or are you happy with the rate of innovation in the industry? Do you still feel the need to upgrade as regularly or do you keep your phone for longer now? Let us know your thoughts in the comments…

I still have an iPhone 6 which does al that I want to do (apart from having to recharge it twice a day). I agree that what we need is less cosmetic improvement and more battery life.

1 year ago by Paul Marshall

What phone was it

1 year ago by Marie Williams

I only up grade because its part of the 2 yearly contract but if I wasn't on contract and had to buy phones, I wouldn't up grade so regular, I would wait until the phone gives up, which is what I used to do before I swapped to contract

1 year ago by JoHo

Quite agree Marie , lol mine would be stoneage .

My only thing is it’s not goof when it emits radiation into your home as it impacts on your health, but there are plugs that can stop this.

I certainly would choose an Apple phone, I am happy with mine

The question is about smartphone innovation not technology so your opinon of your Apple phone is irrelivent just like Apples innovation as they are derivative  of other peoples innovation.

they just repack and market it better but dont be fooled its a average contender to the market place. (except on price)

1 year ago by JoHo

I have an Android Sony Xperia, and just change when my contract says I can. Quite happy with it and when it changes , always means I am couple years behind, but thats fine by me.

I just have a simple phone

1 year ago by beauman

Phones are only essential because I am disabled

1 year ago by Gerard Conlon

I believe that the smartphone is here to stay computers
are getting smaller and more expensive than most of the other phone that are available.
Also applications that have been used as a recent purchase and are currently working with customers on their products to ensure they have the right tools to provide their services.

They got smaller and smaller until they were impossible to use.

It MUST be time for them to get smaller and smaller again?

(or use the phone on the hall table downstairs, which is where they belong)

ime happy enough with my own phone of which i havnt grasped totaly how it works! will keep my phone  and just go sim only when my contact comes to end!

I dont think its dead. However, i run and run my phones till they drop. I do not buy new ones or the lastest models all the time. Same with tablets, im still using a 2011 ipad 2, and refuse to buy another while this keeps going!

I have never bought a mobile phone, I just wait till my son upgrades and he gives me his cast offs.  I mainly only use them for texts and calls even though they are Smartphoes.  I don't know half the things people are using their phones for.  I see people using them to show bus drivers I assume it is a virtual ticket.  I think people can pay for things with phones too.

I think it will continue and more apps will be created for various uses.  Maybe one day we will have a device implanted in our bodies relaying all the information.

1 year ago by Lyndilou44

I have never paid out for a new phone and never will (unless I win the lottery). The cost is obscene. Over-rated and over valued.

1 year ago by Jenx

Like some of the others commenting here I inherit one of my tech mad son's phones, and it usually does far more than I need. Storage and charging are the only weaknesses. Why can't they invent a phone that responds to a command like "OK phone, instant charge now!"

I have iphone 6 and the battery is so bad i have to charge about 5 times a day. apple should be ashamed to slow down older phones.

1 year ago by sunspot

I have a Samsung phone which was recommended to me.The down side to it is the phone needs charged very quickly. I have had it a couple of years so I suppose with wear and tear you can see the camera,texting is not as efficient. People are using thir pphones for everything The smartphone is here to stay.

It seems as though there is a lull in the development pahse of telephones and their addons at the moment, but they will start moving in a new direction very soon. I wish I knew what that next innovation is going to be!

I have a Samsung S9,  it's a work phone so I update it whenever the old phone starts to cause problems, usually after 2+ years of constant use.  I don't use everything on it but I certainly use a fair amount of its offerings.

I seriously love your blog.. Very nice colors & theme. Did you develop this web

site yourself? Please reply back as I'm trying to create my own personal

site and want to find out where you got this from or exactly what the theme is called.

I dont know about smart phones. I just have a simple basic pay as you go phone. I dont know why people are happy

to pay big bills for their phone with monthly contracts. It would be great if people talk to one another when out

rather sitting together on their phones its really sad and annoying.

Innovation isn't dead, as new technology is released, pjones will incorporate it. Next big thing for phones will be blockchain technology.

I use mine to phone people and to receive calls. Text people. Look up football scores BBC refuse to give(despite all clubs being of equal standing FA registration-wise). Occasional photo for work purposes.

10 months ago by Wayne Massey

I still have an I phone 6 more than happy with it apart from having to charge it a couple of times a day but I put that down to my heavy use, I think in most modern items wether it be a washing machine, tv phone or anything they are not made to last anymore